“Guilty Men” a few days of its release 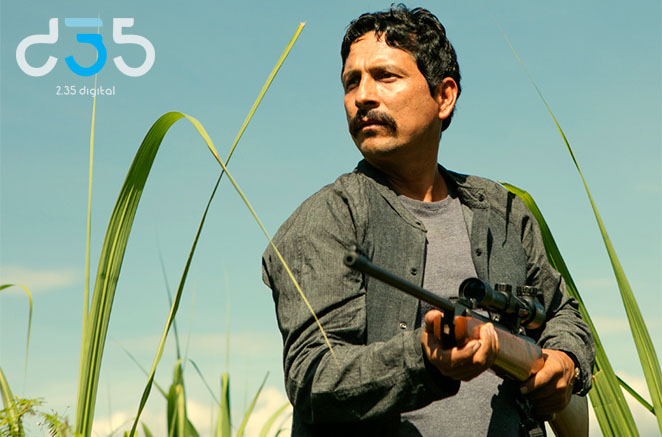 The director Ivan D. Gaona and producer Diana Perez Mejia (La Del Carro Rojo Band) returned home after his trip to Venice and Toronto, where they had the opportunity to present to the public and critics of International Film Festivals these cities, his first feature film: “Pariente”. The film opens in Colombia on 13 October but the public and critics of the Festival of Venice and Toronto enjoyed before thanks to the participation of the film in the official selection of these, two of the biggest festivals cinema worldwide. Meanwhile in Colombia and premiered in social networks the trailer for the film shot in Santander, more precisely in the municipality of Güepsa from where he hails the director and cast the vast majority of natural actors. The producer of Santanderean roots and the rest of the technical team are also characterized by their link with this region.  In Venice, where it had its world premiere, the film participated in the section Venice Days, whose main objective is to focus on high-quality cinema without any restriction, with special attention on innovation, research, originality and independence of movies. In Toronto premiere for the Americas, he was at the Scotiabank Theatre and the Hot Docs Ted Rogers Cinema, and soon it will be projected at the Warsaw Film Festival in Warsaw (Poland), which takes place from 7 to 16 October in that city. “Relative” is a completed project and colorized in laboratories 2.35 Digital in Bogota Colombia.