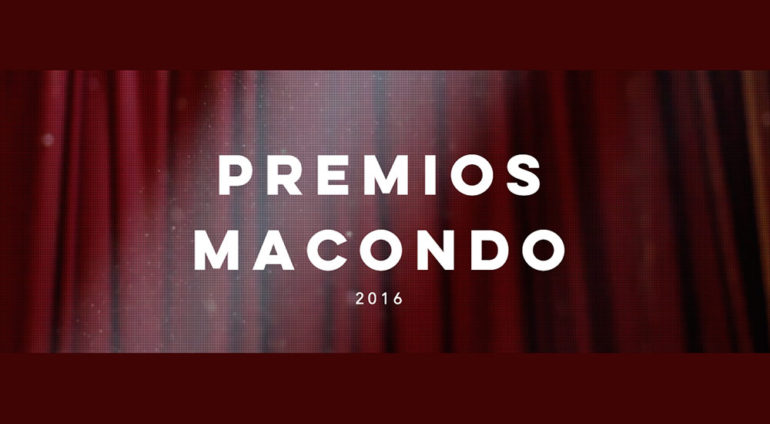 The Macondo Awards are recognition to the pursuit of artistic, technical and narrative excellence of the Colombian cinema. Nominations and winners are chosen independently and democratically by the members of the Colombian Academy of Motion Picture Arts and Sciences.
It’s been a five-year period since the first edition of Macondo and since then, it can be said that film production in Colombia, not only increased in quantity, but of course in quality, the same that has led us to be recognized in various international festivals, has to carry awards and recognitions in the most important global industry awards. This time, 31 films were registered to leave a mark on the Macondo 2016 Awards, for which the Colombian Academy of Motion Picture Arts and Sciences, chose the films that will be part of the 16 categories opting Awards this year among registered .

Were the members of the Board of the Academy who through the VEOMACONDO platform visualized each of the films submitted and likewise were responsible for selecting nominees in each of the specialties that were announced today at the shouting Manuel Jose Chavez, Alexandra Restrepo and of course Consuelo Luzardo, president of the Academy and other representatives of the board of the same.

After 37 years of life dedicated to the director Victor Gaviria industry receive the Macondo Award for a lifetime, for the cultural contribution that has given the country and the film category. The Academy will recognize his work, recognition that this time it gives Cine Colombia. The last film made by this great director “Women of the animal” was also finalized and colorized in our laboratories.

The Macondo in its fifth edition awards in 16 categories will reward the best of the national cinematography and can be viewed via streaming www.shock.co next November 18 at 8:00 PM.