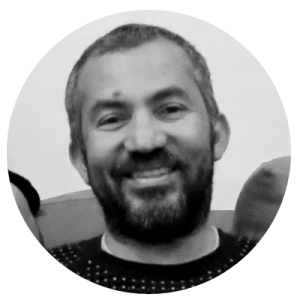 Leo has been recognized worldwide for his work as Senior Colorist, the projects he has worked in have been awarded throughout the globe, such us the Cinematography award in Sundance Film Festival for Dog Eat Dog (2011). During his career he has worked allongside numerous Directors of Photography, wich has given him the opportunity to expand and complement his knowledge and profesional experience. All of this granted him a membership in the ADFC (Colombian Society of Cinematographers).
Senior Colorist for tv series and documentaries for FOX, Natgeo, Discovery Channel, Animal Planet, Sony Entertainment Televisión , History channel,   Televisa, Telemundo, Telefutura, Univision, Canal Caracol and Canal RCN. Much of this work for international distribution is available in Net TV (Netflix, iTunes Store). Post-producer in advertising, with vast experience for brands as Coca Cola, Bimbo, Unilever, Argos, Pacific Rubiales Johnson & jonhnson, Kínder, Bancolombia, and agencies such as Leo Burnet, Oggilvy, DDB, Sancho BBDO, Lowe And Partners, just to name a few. In addition, he’s worked in color correction and finalize for independent projects as shortfilms and video clips, also in the restoration and intervention of clasical films of Colombian cinema.

Leo’s knowledge and expertise in the varierty of specialties in postproduction has led him to participate as lecturer, instructor and professor in several universities, events and congregations, allowing him to share his experience in the development of projects with students and industry collegues in the region.

Leo is an artist for Lustre, Flame, Smoke, Baselight, Scratch and Davinci. Working with different postproduction softwares Leo has promoted a close relationship with those companies managers and manufacturers by working as Demo Artist, Beta Tester and certified trainer. This has allowed him to conctact various companies in the market in Colombia, Panamá, Chile, Venezuela, Costa Rica, El salvador and Ecuador not just to offer them operational training, but to also to assist them in the development and improvement of their workflows and artistic approach.