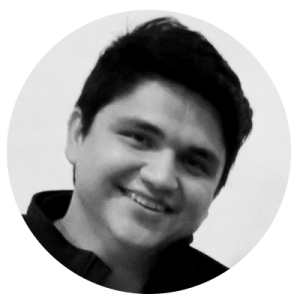 Digital Intermediate Senior Colorist with over 10 years of experience in color correction and finishing in film, advertisement and content. Co- founder, postproduction director and color artist of 2.35 Digital, he has been recognized for his work in important feature films and documentary features troughout Latin America.

He started he’s career as a compositing and VFX artist in Efe- X, one of the most prominent postproduction companies in Latin America. Then became a conform artist for production companies such us CMO Producciones, Dynamo and Dago García Producciones. His talent and skills in conform and color correction promote him to Junior Colorist and a year later became Senior Colorist for features such as ‘El Vuelco del Cangrejo’ produced by Contravia Films, ‘Hiroshima’ directed by Pablo Stoll, ‘Locos’ directed by Harold Trompetero, and ‘Pescador’ directed by Sebastián Cordero among many others. His work has granted him experience in finishing and workflows for projects with different formats.

Nowdays he’s work as Postproduction Director and Senior Colorist is well known in independent films and series for tv networks as Discovery Channel, Nat Geo, Fox, Telemundo, Televisión Española (TVE), Caracol televisión and Canal RCN. By the other hand he’s worked in advertisement for agencies such as JWT, Leo Burnett, Lowe, DDB, Sancho y Oggilvy and brands as Coca-Cola, Volgswagen, Fiat, Nestlé, Avantel and Toyota, among many others, making him one of the most talented and renowned colorist in Latin America.
José Espinosa has been invited as lecturer in postproduction in numerous universities in Colombia and he has also participated in events organized by Assimilate as instructor for Scratch demos.