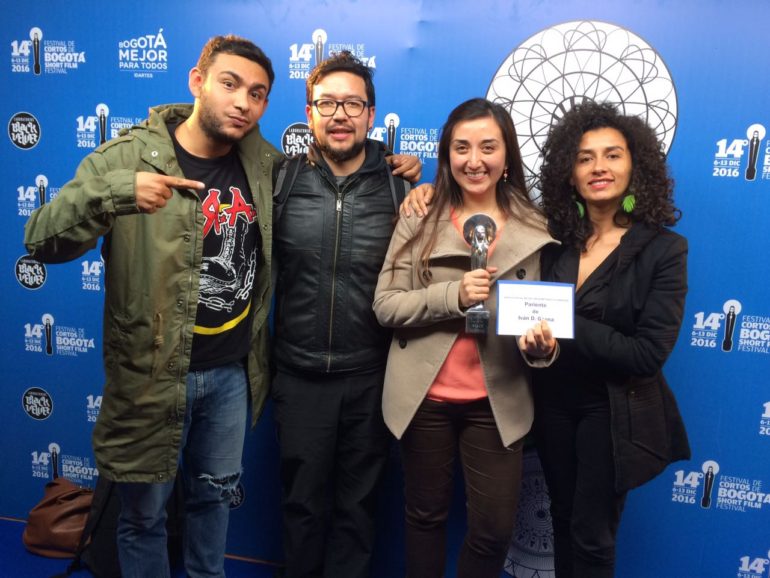 On Tuesday, December 13th, we were at the BOGOSHORTS Bogotá Short Film Festival awards and we had the great pleasure of being able to deliver the On Work Award together with our friends from Sonata Films to the “May 28” project of Jefferson Cardoza Herrera and Alejandra Osorio Spider.

BOGOSHORTS, is the young film festival and short films of major importance in Colombia and one of the most important in Latin America, was held in 22 stages of the capital, from 6 to 13 December. More than 190 free projections with productions of more than 60 countries were received by the inhabitants of the capital and its visitors.

We also want to congratulate our friends from The Red Car Band for their Santa Lucia Award for Best Colombian Feature with his film “Relative” by Ivan D. Gaona.