News of the month of June 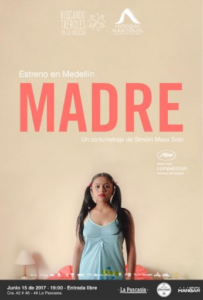 Now comes the moment of the premiere of MADRE in Medellín!
The screening will take place next Thursday, June 15 at 7 pm in the PASCASIA (Cra 42 #46-46),Will be present the director Simón Mesa Soto and the two actresses of the project. 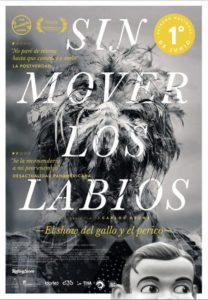 This month the Cinemateca Distrital Will have a special program of national premieres that includes 6 films, two of them Portafolio Distrital de Estímulos de la Alcaldía Mayor de Bogotá.

The cycle of premieres will be accompanied by the photographic exhibition, Fotos refritas de un pollo al horno,Of Jorge Andrade, who will be in the corridor of the Cinemateca from June 9 to July 20.

Film-based exposure Sin Mover los labios;Captured the filming of this hallucination that went largely in the city of Bogota. His photographs are a faithful portrayal of the atmosphere of filming and at the same time show the caustic and toxic contents to which the film refers.